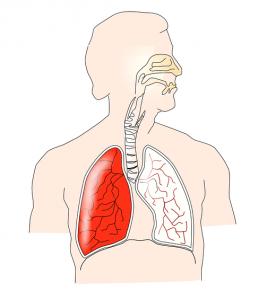 Chronic Obstructive Pulmonary Disease (COPD) is a group of chronic respiratory diseases (such as chronic bronchitis or emphysema) characterized by chronic inflammation of the airways and airflow limitation. It is accompanied by symptoms such as shortness of breath, coughing, wheezing, and increased sputum production.

It causes irreversible loss of the patient’s breathing capacity. Its main cause is smoking (invoked in 80 to 90% of cases), far ahead of air pollution and exposure to certain irritants. The disease gradually sets in, and the damage caused by smoking remains irreversible. COPD causes permanent disability and limits the patient to perform daily activities.

The first symptoms are often considered natural consequences of smoking or aging (cough and regular sputum). Therefore, when the patient finally consults a practitioner, the stage of the disease is generally advanced and the respiratory capacity greatly diminished. 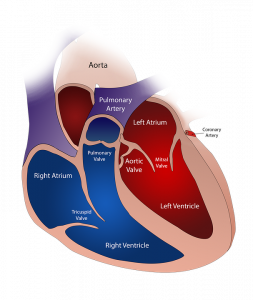 Yes, COPD is a deadly killer and poisons the lives of millions of patients. Worldwide, 84 million people suffer and are the 3 rd leading cause of death in 2012. Over 90% of cases of COPD are from low- and middle-income, but the disease is also common in industrialized countries such as Belgium.

In Belgium, more than 400,000 people suffer from this disease. In 2013, the PSI health survey showed a prevalence of 4% among over-15s. The prevalence would be 5-10% in the adult population of industrialized countries. 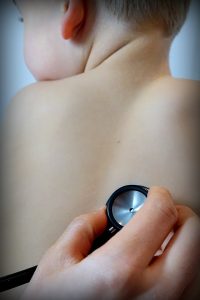 It increases with age and is higher in urbanized areas, lower socio-economic classes and occupationally exposed people (dust, fumes and other irritants). Today, it is even recognized as an epidemic disease. The number of people affected should have doubled or even tripled in 10 years. It involved mainly: the smoking of women and the increasingly precocious youth.

WHAT TREATMENT FOR CHRONIC BRONCHITIS?

At present, no treatment can cure this disease. The only preventive measure that can slow the evolution of the disease is the cessation of smoking .

Fair treatment, however, is essential as it aims to maintain the quality of life of the patient in conditions as close as possible to normal. With this in mind, bronchodilators are a great help in reducing symptoms and increasing exercise tolerance.

There are two ways to administer medications: the oral route and the inhalation route. In the latter case, the drug is taken in the form of an aerosol, that is, it is broken down into very fine particles which, when inhaled, reach directly into the lungs, where they act. Very quickly and efficiently.

Patients with respiratory failure may no longer be able to bring enough oxygen into their cells. Oxygen therapy can correct this lack with additional oxygen. It can be inhaled into the lungs from different sources: gaseous oxygen stored under pressure in a carboy or extracted from the air via a “concentrator.” Oxygen also exists in liquid form: this 3rd source allows the patient to fill a small reservoir and carry it with him in all his movements.

Our team organizes training addressed to different types of public, concerning tuberculosis and smoking. For a more detailed description of the formations, consult the filters by sort:

On-demand training can also be offered. For that do not hesitate to contact us .

Would you like to be informed about the next dates of training / workshops?